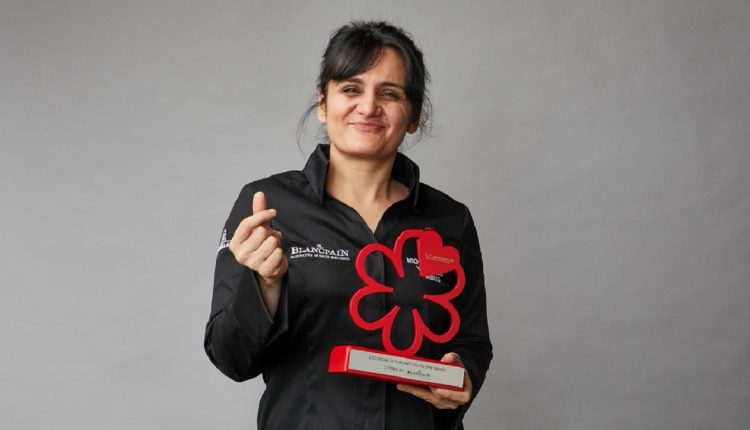 She was born on November 9, 1986, as Garima Arora. She is an Indian chef most recognized for being the first woman from her country to receive a “Michelin Star.”

The Michelin Guide, a series of travel guides produced by the French tire manufacturer Michelin since 1904, is how “Michelin Stars” are given out. A select few restaurants worldwide are given up to 3 “Michelin Stars” by the Michelin Guide for excellence. In Bangkok, Garima launched the three-story Gaa restaurant in April 2017 with a sophisticated tasting menu created utilizing conventional Indian cooking methods. In November 2018, she and Gaa received the aforementioned “Michelin Star.” The restaurant debuted on “Asia’s 50 Best Restaurants” in March 2019 at position 16, taking home the prize for “Highest New Entry.” She will be a co-judge on MasterChef India, the seventh season of the internationally renowned competitive cooking game show franchise MasterChef Australia, which was confirmed in September 2022. (starting October 2022). She became the first female co-judge in MasterChef India history as a result.

Garima enrolled in the University of Mumbai, a Mumbai-based, state-owned, public research university, after graduating from high school in 2005. She received a BMM (Bachelor of Mass Media) in journalism in 2008.

A few months later, she enrolled in Le Cordon Bleu (The Blue Ribbon) in Paris, a member of an international network of culinary and hospitality schools that teaches French haute cuisine and has 35 institutes spread over 20 countries with more than 20,000 students of various nationalities. She received a grand diploma in food and patisserie from there in 2010.

According to Garima, she always tells her husband—a pilot—that if she weren’t a cook, she too would have been a pilot, according to an interview she gave to Outlook Traveler in November 2018. She has not made her husband’s identity or the duration of their relationship publicly known.