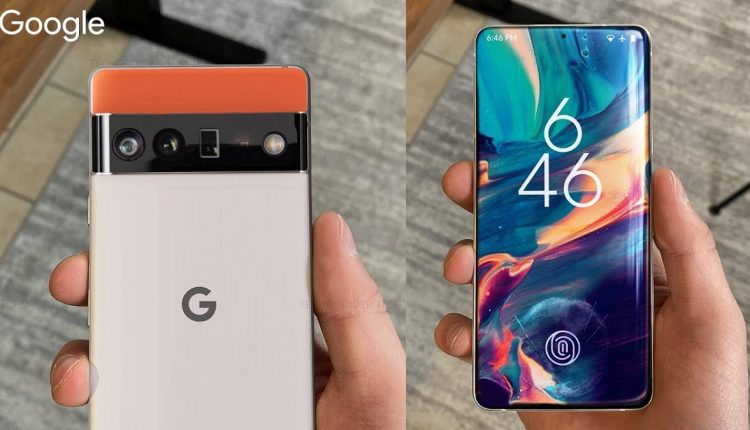 Google Pixel 6 And Android 12: All rumors about the smartphone’s release, in-house chip, and more

Google has two significant launches planned – Android 12 & Pixel 6 – but Google has not revealed the launch dates yet.

Rahman shared the schedule for Android’s AOSP releases (Android Open Source Project). These releases typically coincide with new Android versions. The document for Android 12 states that the AOSP release will be on October 4, 2021. This could mean that Android 12 may also be released on this date. Last year, for example, Android 11 AOSP was published on the same date – September 8 – as stable, public Android 11 for Pixel phones.

It is also quite likely that the Pixel 6 or Pixel 6 Pro will launch after October 4. Google wouldn’t likely ship its new flagship phones without Android 12.

SEE ALSO: Google releases the first teaser video of Pixel 6
Google shared a lot of information about the Pixel 6, including official renderings and a teaser clip (which, by a side note, states that the phone will be available “this fall”)

Last month, the Pixel 6 and Pixel 6 Pro were briefly shown off, just before Google launched its Pixel 5A. Since then, the company has teased the upcoming smartphone in a new trailer. We’ve seen a few glimpses of the new Pixel from Google, but not all rumors have been proven true or debunked. The buzz surrounding the Pixel 6 grows as we move closer to its release.

The Pixel 6 will come in a 6.4-inch display with a dual camera, and the Pixel 6 Pro will be a 6.7-inch screen with a triple rear camera. Both phones will run Android 12, and both will feature the new Tensor chipset from Google.

However, it is worth noting that the new Pixels are often the first to receive significant updates to Android. You might need to wait longer if you have a phone made by a different manufacturer such as Samsung or Xiaomi. As Engadget notes, it took Samsung three months for Android 11 to be installed on its phones.

You’ll be looking for basic information on the Google Pixel 6 if you have been following the news about it. Google’s latest tease probably won’t give you what you want.

Google posted an Instagram photo of a lot of Pixel 6 phones. It clearly was inspired by Drake’s artwork for Certified Lover Boy. Each device comes with a different background and widgets.

Each phone seems to be running Android 12, which is the latest operating system from Google. Material You allows you to choose the design of your phone’s interface. This lets you see system-wide color and font changes. The Pixel photos show this.

We have analyzed the widgets and found no clues that Google might be hiding hints about a possible Pixel 6 release date. Although the clocks display different times, it is difficult to determine a date because of the 72-degree weather on each.

During an Alphabet earnings call, Sundar Pichai, Google CEO, stated that the fall line of devices would showcase Google’s “deep tech investments.” Since then, the company has confirmed that the Pixel 6 will be powered in-house by its Tensor chip (previously code-named Whitechapel). Demonstrations of the Tensor chip’s photography and dictation skills were also part of the introduction.

Google is making a more significant creative leap with the Pixel line. Whether these changes will allow the company to compete against Samsung and Apple phones or continue to disappoint loyal customers. Let’s review what we know about the new devices and what rumors are circulating about them.