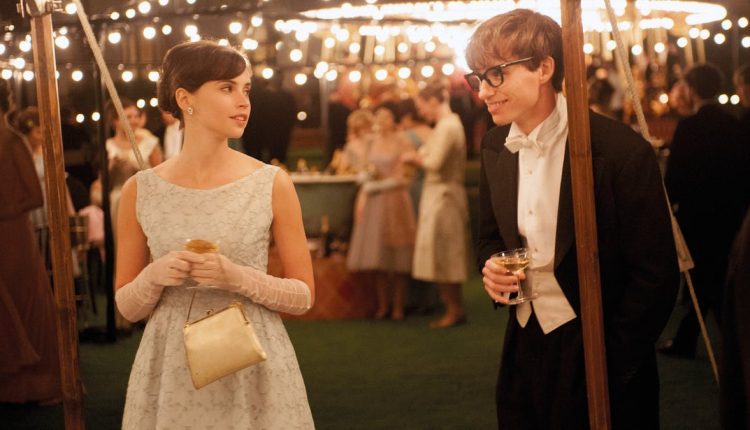 Summary of The Theory of Everything

James Marsh directed The Theory of Everything, a 2014 romantic drama film. It is set at the University of Cambridge and focuses on the life of Stephen Hawking, a theoretical physicist. Anthony McCarten adapted it from Jane Hawking’s 2007 memoir, Travelling to Infinity. This book focuses on her relationship with Stephen Hawking and her experience with him. The film stars Eddie Redmayne, Felicity Jones, Charlie Cox, and Emily Watson. Harry Lloyd, Christian McKay, and Christian McKay are also featured in supporting roles. It had its world premiere on September 7, 2014, at Toronto International Film Festival. It received its UK premiere on January 15, 2015.

The Theory of Everything plot

Stephen Hawking, an astrophysics student at the University of Cambridge, begins a relationship with Jane Wilde, a literature student. Stephen is a gifted mathematician and physicist, but his professors and friends are worried about his lack of a topic for his thesis. Stephen, along with Dennis Sciama, attends a lecture about black holes. Stephen then speculates that these black holes might have played a role in creating the universe and decides to write his thesis.

Stephen invites Jane to meet Queen Elizabeth II when he becomes a Companions of Honour. They share a happy day with their children, with Stephen saying, “Look at what we made!”

A more extended closing sequence includes selected moments from the film. It is shown in reverse, going back to when Stephen first met Jane. The final title sequence updates the lives of the main characters. Jane and Jonathan have been happily married, and she has also completed her Ph.D. She and Stephen are still close friends.

Stephen declines the Queen’s knighthood and continues his research. He has no plans to retire anytime soon.

“The Theory of Everything” all actors

“The Theory of Everything” Quotes

“There should be no boundaries to human endeavor. We are all different. However bad life may seem, there is always something you can do, and succeed at. While there’s life, there is hope.”
EDDIE REDMAYNE – Stephen Hawking

“It is clear that we are just an advanced breed of primates on a minor planet orbiting around a very average star, in the outer suburb of one among a hundred billion galaxies. BUT, ever since the dawn of civilization people have craved for an understanding of the underlying order of the world. There ought to be something very special about the…”
EDDIE REDMAYNE – Stephen Hawking